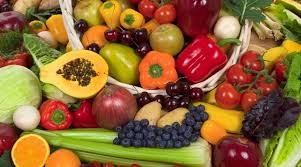 People who regularly take a healthy diet consisting of fruits, vegetables and whole grains may show a decreased risk of cataracts. Consumption of fish also has been linked to potentially reduced risk of cataracts or their progression.

Here is a sample of recent research that suggests a healthy diet and specific eye vitamins may help prevent cataracts:

Many experts believe that all these nutrients, antioxidants should be acquired from a healthy diet rather than from nutritional supplements. But if you are like most other people, it’s likely that your diet lacks key nutrients because you’re not eating enough fruits and vegetables. Therefore, it’s wise to consider taking one or more daily nutritional supplements to make sure you are getting all the nutrients you need for optimum eye health.

Prior to embarking on a regimen of eye vitamins and other nutritional supplements, consult your ophthalmologist. In some cases, taking too much of a specific vitamin or nutrient could be harmful to your health.