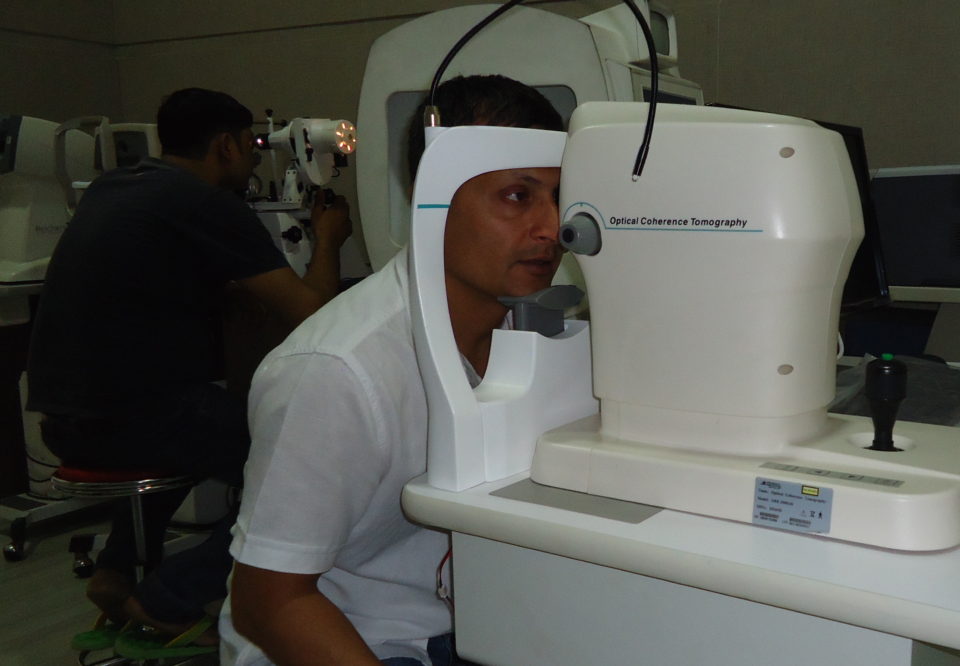 Param Jyoti Eye Center is rapidly emerging as one of the most advanced Medical and Surgical centers for Eye Care in Delhi NCR region. It is building increasingly better capabilities and facilities for providing the truly world-class Eye Care for all kinds of eye conditions. Some of its recent work has been on providing better and more accurate diagnosis of serious conditions like Glaucoma and Diabetic Retinopathy, which can lead to significant vision loss, or even blindness.
Glaucoma has been called the “silent thief of sight” because the loss of vision often occurs gradually over a long period, and symptoms only occur when the disease is quite advanced. Worldwide, glaucoma is the second-leading cause of blindness after cataracts.
Similarly, Diabetic Retinopathy often has no early warning signs. It is an ocular manifestation of diabetes, a systemic disease, which affects up to 80 percent of all patients who have had diabetes for 20 years or more. Despite these intimidating statistics, research indicates that at least 90% of these new cases could be reduced if there were proper and vigilant treatment and monitoring of the eyes. The longer a person has diabetes, the higher his or her chances of developing diabetic retinopathy. Each year, diabetic retinopathy accounts for a sizeable percentage of all new cases of blindness. It is also the leading cause of blindness for people aged 20 to 64 years.
So, it is crucial to diagnose these conditions early, to be able to manage them to prevent or slow down their progression.
Param Jyoti has installed Advanced equipment and procedures, e.g.  Optical Coherence Tomography (OCT) and Fundus Fluorescent Angiography (FFA) for their early detection. And it is providing these diagnostic tests at an attractively discounted price to maximally benefit the residents of Noida, Ghaziabad and East Delhi.
Optical Coherence Tomography (OCT) is an established medical imaging technique that uses light to capture micrometer-resolution, three-dimensional images from within optical scattering media. The use of relatively long wavelength light allows it to penetrate into the scattering medium.
It is used to obtain high-resolution images of the anterior segment of the eye and the retina, which can provide a straightforward method of assessing axonal integrity in multiple sclerosis, as well as macular degeneration. With OCT, each of the retina’s distinctive layers can be seen, allowing your ophthalmologist to map and measure their thickness. OCT is a reliable tool for monitoring the progression of glaucoma, and has been widely considered the new standard reference for the assessment of diabetic macular edema.
Fundus Fluorescent Angiography is a technique for examining the circulation of the retina and choroid using a fluorescent dye and a specialized camera. It involves injection of sodium fluorescein into the systemic circulation, and then an angiogram is obtained by photographing the fluorescence emitted after illumination of the retina with blue light at a wavelength of 490 nanometers. The test uses the dye tracing method.
Fluorescein angiography is used by Ophthalmologists to evaluate the vasculature of the retina, choroid, optic disc, and iris. Among the common groups of ophthalmologic disease, fluorescein angiography can detect diabetic retinopathy (neovascularization), vein occlusions, retinal artery occlusions, edema of the optic disc, and tumors.